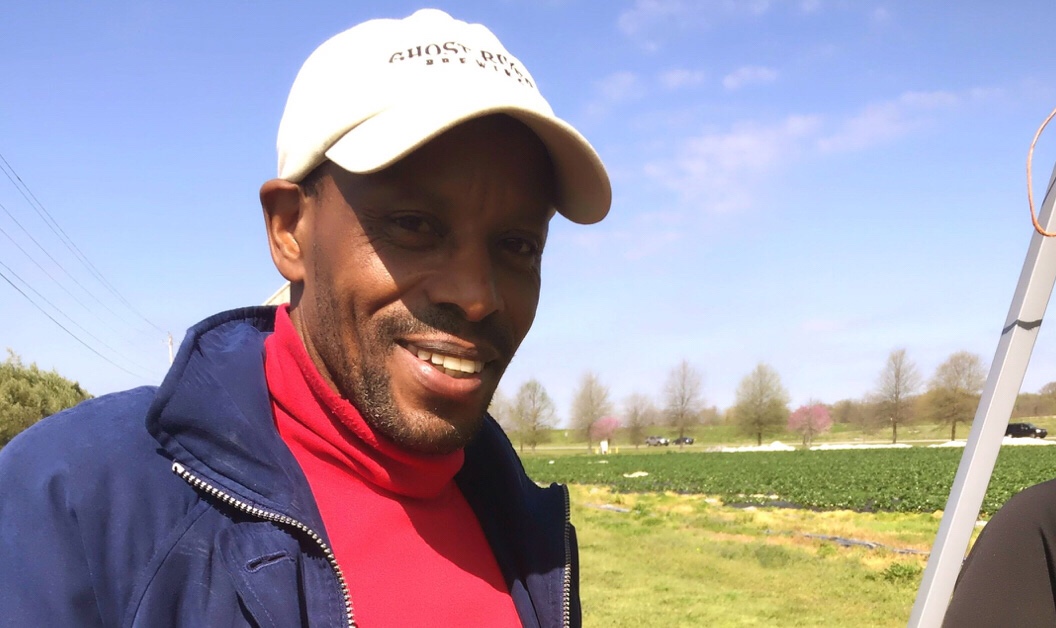 Please continue praying for Desire.  He DID get a full time job and we are so proud of his hard work and determination.  However, if you have read our Facebook post, he was involved in a car accident about 1 week after he received his job.  H has been very sad to miss work because he says it was such a good job.  Desire is home resting and healing for at least a month.  Please pray for his family!  We are trusting that God will keep blessing this family and helping them through the tough times. 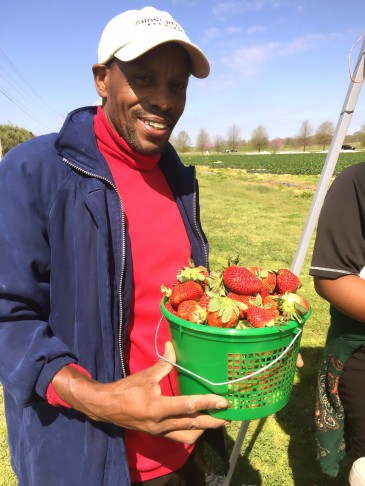 Father of seven, Desire (a French name pronounced Dezerray), came to the US from the Congo with his family a little over a year ago.  His entire family received refugee status and first lived in Arizona.  Desire and his wife, Florida (yes, just like the US State), are happy to have the chance to come to America and know that their children are going to have so many new life experiences.  Four of his children are young adults over the age 18 but under the age 25: Charles (boy), Mustafa (boy), Mohoza (girl) and Kumi (girl).   He has one daughter in High School named Umutoni.  He has two elementary age daughters, Solange (age 10) and Diane (age 8), who were born in the refugee camp and know nothing other than life in the camp.  The adults and adult children are not educated to an American standard past about the second or third grade.  They remember traveling one hour a few times a day down a big dangerous hill to get dirty water.  They actually say they miss going to get the water some times.  Desire and his family are persecuted Christians.  He and his wife love Jesus and have trusted Jesus to help them.  Their faith has been tested.  Desire works hard to provide for his family.  His young adult children require a lot of groceries.

The children were in school in the Gihembe refugee camp.  The school buildings were often mud brick buildings with roofs that would leak when it rained.  Rainy nights were cold.  There was no air conditioning, heating or electricity in the refugee camp for the school or the area of the camp where their small mud homes were.  The schools had no desks for writing.  There were chalkboards.  The children learned some English in school but very little.  The oldest girl, Kumi, stayed at home to help her mother often.  She was not schooled as much as her siblings.  Desire, Florida and his adult children all sang in a choir in the Gihembe refugee camp.  They mostly miss the choir and their friends from the refugee camp who have not yet attained refugee status.  They connect to them when they can using Facebook.  Phone calls are too expensive.

Finding a job in Arizona was hard for Desire and his older children.  Life in America was very different and when there is no work and no friends around it can be sad.  Desire and his family tried hard to keep up with their friends from the Gihembe refugee camp.  Some of their neighbor friends also got a chance to come to America.  They entered into the US in Memphis, TN and found jobs.  Desire and his family chose to move from Arizona to Memphis, TN to be near their long time neighbor friends from the Gihembe refugee camp and to take a job that was offered to him.  The move was hard.  Refugee benefits seem to decrease if a refugee family moves from one state to another.  He did not realize there would be so many complications with a move.  The American paperwork process to move everything, find a place to live, get utilities, change state ID and health insurance has been extremely challenging.  Asha’s Refuge has worked hard to help.

Desire remembers his days before having to run away to safety to a refugee camp.  He enjoyed working on a farm with cows.  He was responsible for taking care of the cows.  Sometimes he misses that but it was hard work.  When things got bad in the Congo, he had to flee for his life.  He was 20 years old and single with no children then.  Desire ran and ran from people trying to hurt him.  He hid often.  Desire doesn’t like to talk about it.  “It was bad, Jamie” he tells me.  “No good.  No good.”

Jone’s Orchard in Memphis and Millington hired some of our refugees to help pick strawberries for about a week.  It was a really fun temporary 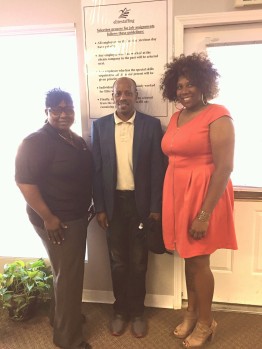 assignment that we will have again some time.  Desire worked very hard and enjoyed working on the strawberry patch.  He was always on time for his job and was a leader of the group picking with him.  It was good to see the smiles on his face as he worked with pride knowing he was helping the farmer and also his family.  Desire has recently gotten a more permanent job through Elite Staffing and McKesson.  They have been wonderful to him through the interview and application process. He will begin his new job tomorrow.  He is super excited.  He loves the idea of working in the warehouse.  He has been practicing his English so that he is ready for his job.  Desire smiles a lot now.  Please pray for him that he does well and understands everything he needs to do at work.  He would appreciate that.

His older children are also working.  One of his sons, however, is only working part-time.  The staffing agency will meet him soon and see if we cannot also get him a job full time.  Desire’s wife is taking English classes and taking care of the house and children.  She cooks a lot and cleans a lot.  She helps the neighbors with their little children sometimes.  Desire’s high school girl thinks she is American already.  She plugs her earbuds in her ears often and listens to music and talks on the phone a lot.  The younger girls are doing well in school. Their English is the most fluent of anyone in the family probably.  They do not mind translating for the rest of their family as often as they need to.  The entire family tries to also spend time with a private Asha’s Refuge English tutor every Friday evening.  The family is working hard.  Asha’s Refuge is hopeful that the family will find some way of getting a second vehicle to help them with all their transportation issues.  It is good to see a family work together and work so hard to succeed.  We trust that they will all do very well and are happy they are in Memphis, TN.  Asha’s Refuge is working and praying about ways to help them pull their choir back together here in Memphis.  Several of the Gihembe refugees are making their way to Memphis.  This makes me happy for them.